In Memory of Anthony, Austin and Athena Castillo 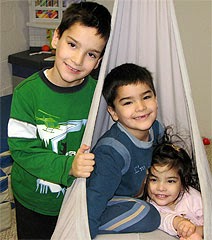