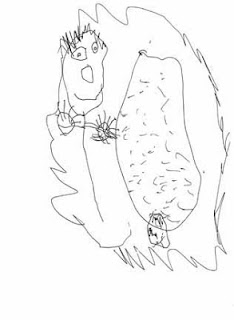 The Atlantic has published an important article, "America Has an Incest Problem," by Mia Fontaine:


Last year offered plenty of moments to have a sustained national conversation about child sexual abuse: the Jerry Sandusky verdict, the BBC's Jimmy Savile, Horace Mann's faculty members, and a slew of slightly less publicized incidents. President Obama missed the opportunity to put this issue on his second-term agenda in his inaugural speech.

Had he mentioned this issue, he would have been the first president to acknowledge the abuse that occurs in the institution that predates all others: the family. Incest was the first form of institutional abuse, and it remains by far the most widespread.*

In Rhode Island, the Parenting Project has been researching the systemic ways in which DCYF and Family Court allow and sometimes encourage this abuse to continue by refusing to believe children who protest sex abuse in the home and even giving these children to the sole custody of parents who have been indicated as perpetrators.

We are focusing specifically on the ways defense lawyers, guardians ad litem, and judges have enabled a small pool of clinicians to produce biased "evaluations" that vilify good parents and assign custody to parents who litigate aggressively, some of whom have been indicated as abusers. This occurred in the case of "Molly" and "Sara" at http://LittleHostages.blogspot.com, where significant evidence was never considered, including the sisters' graphic drawings of erect and ejaculating penises, scores of letters from neighbors, teachers and others attesting to the mother's excellent parenting, and official reports riddled with bias.

These are some of the areas that we are investigating in Rhode Island's practice of assigning unqualified clinicians to evaluate child custody cases (whether or not there are allegations of child sex abuse) and the methods these clinicians employ:

Those who wish to share relevant information may write confidentially to the Parenting Project coordinator, Anne Grant, at parenting project@ verizon.net

*Read The Atlantic article and see its sources here: