Legal Watch under way to take custody cases to SCOTUS

Legal experts are watching for the best test cases to get violations of Constitutional due process to the U.S. Supreme Court. For more, click on the title above.
Posted by Anne Grant at Sunday, February 26, 2012

The Cabals of Court, Part 1 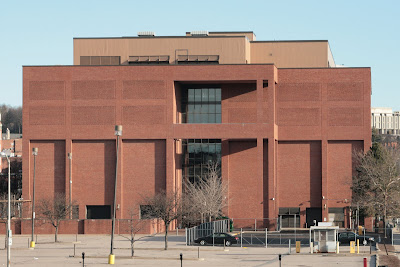 Though Tassoni had neither the college nor law school degrees he claimed, he rose quickly to a top administrative position at Family Court, reporting directly to Jeremiah. He seemed ubiquitous, moving from courtroom to courtroom, case to case.

In 2004, Tassoni told me he was working closely with Judge Bedrosian on the training manual for guardians ad litem, which promoted the Court's use of the so-called "parental alienation syndrome" (PAS)--a legal strategy by which abusers can control their families and often claim sole custody of their children. PAS has proven lucrative to lawyers and psychologists and deadly to victims of domestic violence. 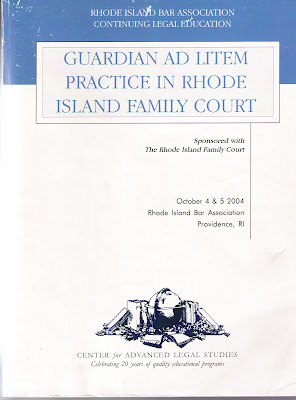 David Tassoni told me he had found a psychologist who "understood parental alienation." He brought Lori Meyerson, PhD, from her cramped country office to Providence, where she moved into the Regency Plaza and became one of the Court's expensive favored clinicians to "reunite" children with parents they dreaded. 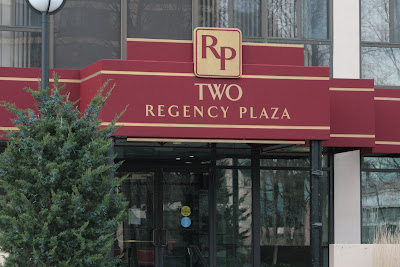 In her first case as a guardian ad litem, Meyerson testified for a father who bragged that he owned Family Court. He relished intimidating his ex-wife by sitting at the entrance to the courtroom in the chair he had autographed when he was deputy sheriff in that same room before his well publicized arrest for felony domestic violence in 2004. 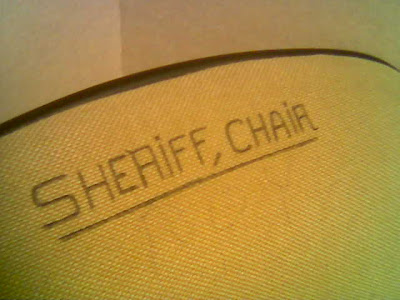 Dr. Meyerson told the Court that the man's legal problems were settled and that he should win sole custody of his eleven-year-old daughter, who was terrified of him. Applying the PAS theory, Meyerson blamed the girl's mother for "alienating" the girl against her father.

Meyerson did not fulfill the basic requirements of the manual for guardians ad litem. She never visited the two parents' homes. She did not interview school officials or local police, who had visited Chief Judge Jeremiah to ask why seven judges had recused themselves instead of giving the deputy sheriff's ex-wife a restraining order.

Fortunately the Court knew the man better than Meyerson, and the girl stayed with her mother. But she grew up with constant anxiety that the Court's psychologist might give her to her father.

In 2006, the National Council of Juvenile and Family Court Judges (NCJFCJ) warned that the "parental alienation" argument does not meet evidentiary standards and should be stricken from custody evaluations. But it was already well established in Rhode Island. 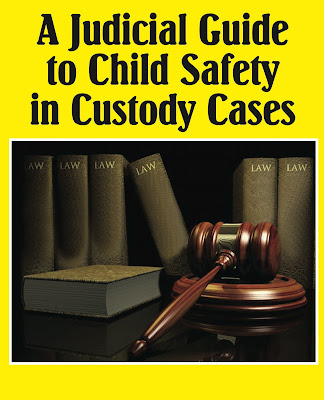 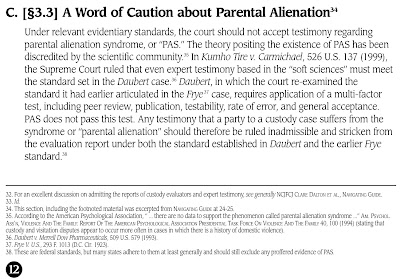 The fact that Bedrosian quickly dislodged Tassoni when she became chief judge suggests that she might be on course to bring some of the transformation needed at Family Court.

In the past, I have criticized her for failing to protect victims of domestic violence. But she is using her authority to build awareness about trauma and hopefully will continue to confront the schemes that make even the best-intentioned judges subject to the cabals of court.

In 1992, I was facilitating a support group called Mothers on Trial that discovered the cabals by connecting the dots from one case to another. The same lawyers and psychologists kept appearing in their cases, pursuing similar strategies, and competing for the most bankable litigants.

The cabals have made Family Court a very dangerous place for families trying to escape violence or child sexual abuse.

For more on "parental alienation," see my post, "Who is Norbara Octeau?" on February 14, 2012, at http://LittleHostages.blogspot.com
Posted by Anne Grant at Wednesday, February 22, 2012