Congratulations to Rhode Island Attorney General Peter Kilmartin for creating a new Child Abuse Unit that will work with the accredited victims’ advocacy group Day One (“New unit to tackle cases of child abuse,” The Providence Journal, Dec. 6, 2011, page A1). This effort could finally protect children from sex abuse--unless it falls prey to the same pressures that too often sabotage the missions of Family Court, the Department of Children, Youth and Families (DCYF), and Hasbro Hospital’s Child Protection Program.

Pressures to impede the unit will be intense, because it is usually family members and friends, not strangers, who perpetrate child abuse. Pedophiles’ motives may not be sex so much as power and control over vulnerable victims. Add to that the enormous profitability of child pornography and the ease of webcam pimping.

But state officials charged with protecting children are so fragmented that they seldom bother to look beyond the boundaries of their individual roles to identify larger patterns of abuse. Each official is insulated from the benefits that a team of equals can bring by intentionally enlarging upon each other’s limited perspective.

In 1997, a Hasbro doctor and counselors at the St. Mary’s Shepherd Program all reported signs that a sister and brother suffered sexual abuse by their father. DCYF “indicated” the father, who sued the agency’s senior attorney for administrative failures. Suddenly under siege, DCYF pressured the Hasbro doctor to change her report.

She complied with a new report that minimized the evidence she once found compelling. By 2000, Family Court General Magistrate John O'Brien gave the children to their father's sole custody.

In 2002 the boy tried to run away. The following year, he had a breakdown. He tearfully testified to Judge Howard Lipsey about a laundry basket of videotapes in their father's bedroom.

Lipsey returned the children to their mother, but apparently never called state police to investigate the videotapes. He declared that he was now prejudiced against the father and could no longer rule on the case.

The next Family Court judge, Michael Forte released the father from paying child support because the children refused to visit him. The mother worked several jobs at minimum salary and raised her children in poverty.

From 1992 to 2006, more than a dozen judges grappled with the case under our failed system of adversarial litigation. In their final hearing, the father stood with photos in his hand and a smirk on his face, saying he wanted to show Judge Forte the stripper’s pole he had installed in his daughter's bedroom. Forte ignored him and ended the hearing.

Like Penn State officials, none of these authorities felt responsible to call in state police to investigate what really happened to these children. (State police exposed the fraudulent credentials of the court’s mediator who worked on this case, and the children’s guardian ad litem was later found to be defrauding the fund that paid him to represent poor litigants. Neither court official was prosecuted.)

Many Family Court custody cases are orchestrated by guardians ad litem--privately paid lawyers with enormous power over families. Judges assume these “guardians” submit objective reports, but many are blatantly biased, depending on which parent pays them and the guardians’ relationships to other professionals profiting from these cases.

Guardians often ask judges to order parents to pay for expensive psychological “evaluations” by one of a handful of clinicians still willing to produce highly questionable reports for Family Court.

Attorneys for alleged abusers often insist that children must stop seeing trusted counselors like those at Day One, arguing that therapy will interfere with clinical evaluations. This calculated strategy keeps children under the thrall of their abusers.

Meanwhile, judges order clinical “evaluations” and forced “reunification” sessions with abusers “in a therapeutic setting” that further traumatize abused children. Rhode Island Blue Cross and Blue Shield told me they do not pay clinicians for court-ordered sessions, since these are not therapeutic. But court-ordered clinicians have learned to couch their reports in therapeutic language and to bill insurers under nondescript codes. Victims of abuse can seldom afford to pay for these sessions, but children regularly pay the cost in night terrors and gastrointestinal disorders.

Based on more than two decades studying Family Court custody cases, I hope that the Attorney General’s Child Abuse Unit will finally bring clarity, ethics, and prosecution to our state’s stymied system of child protection.

Victims need this clarity and continuity of a single, salaried team trained to recognize family dynamics that accompany child sexual abuse. The team must thoroughly understand and care about a family’s history and be available to that family in the future to effectively provide both legal and therapeutic advocacy.

Team members should meet often to build mutual trust. They must disclose and evaluate any attempts by others, especially lawyers, to contact them, and they must preserve the confidentiality of agency whistleblowers and potential victims who might suffer reprisals for coming forward. Team members must recuse themselves from any case where they have conflicts of interest.

To this end, team members should regularly disclose, under penalty of perjury, all outside contacts and verify that they have received no payment or benefits other than salary for working on this case.

Finally, the Attorney General’s Office must move quickly to bring evidence of child sex abuse to the Grand Jury where it belongs, to alert Family Court and DCYF, and to assure prompt, skillful prosecution of abusers in Superior Court. 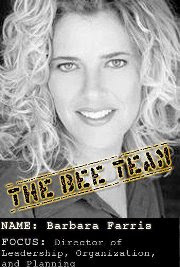 Barbara Farris at The Ellis County Observer asks whether the widespread practice of courts giving children to fathers whom the children accused of sexually abusing them is part of a larger pay-off by child pornography producers. It's an important question to investigate.


Click on the title above or paste this in your browser: