When children are not believed 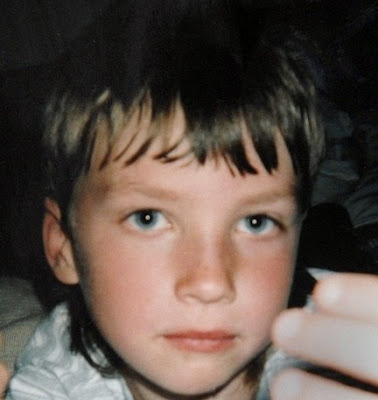 "The death of Nicholas Daniel Braman would have been avoided if defendants had simply done what they were obligated to do by law to protect (the boy) from further abuse and neglect ...," attorney Gregory Wix wrote in the civil lawsuit, filed earlier this month by the boy's mother.

The tragedy gained wide attention when Nicholas Braman, along with his father, Oliver Braman, and his stepmother, Elaine Kaczor-Braman, were found dead Oct. 16, 2007, in their Stanton home. The boy was drugged before his father attached his pickup exhaust to the dryer vent of their house, flooding a bedroom with carbon monoxide.

The deaths occurred 11 days after Braman failed to appear for sentencing hearing on child abuse charges.

Adding to the heartbreak was a suicide note young Nicholas had left behind, scrawled in his childish hand, saying he wanted to be with his father and stepmother "forever and ever." While authorities say the boy was too young to make such a decision himself, a portion of his note read, "I take care of my mom and dad just like they take care of me."

The lawsuit alleges Children's Protective Services, under the state Department of Human Services, ignored evidence the boy was at risk with his father. Both a prosecutor and the boy's mother, Rebecca Jasinski of Saginaw, raised red flags.

A month before the deaths, Assistant Montcalm County Prosecutor Misty Davis told CPS that "An investigation should definitely be commenced ... . Oliver literally 'shocked' his older boys with a cattle prod repeatedly. As you know abuse to one child is abuse to all. In my opinion, there is no justification for the youngest boy to remain in the care of this man."

Two weeks later, she told authorities that Braman had pleaded guilty to child abuse charges. The response, just hours before the deaths were discovered: "We've never felt that Nicholas was at risk."
Jasinski had "begged" CPS workers in Saginaw to remove her youngest son from Braman's home, but was denied.

The state agency has admitted that the boy should have been removed from his father's home and placed with his mother.

Edward Woods III, spokesman for Department of Human Services, said he could not comment on pending litigation, but said the agency continually works to improve services to children.
"Obviously, we're very concerned about the safety of children."

Children's Protective Services workers are represented by the state Attorney General's office, which would not comment on pending litigation. Harvey Heller, attorney for Campbell and the counseling center, declined to comment.

The lawsuit cited the father's "long history of abuse" of his children, including the older boys, Oliver and Tyler.

Among complaints investigated -- and denied -- by CPS, beginning in 1998, were:

• The father abused the children, and struck one so hard blood vessels broke in the child's nose.

• The father threatened to kill Nicholas, who feared his father. The father and his live-in girlfriend pulled out the children's teeth before they were ready to come out on their own.

• The father threw son Oliver off the porch and kicked him because the boy could not find his glasses.

• The father, believing that Oliver was afraid of the dark, left him miles away at night to find his way home. He did the same with Tyler. The boys told CPS workers they were beaten on their bare bottoms, and pliers were put on their fingers.

In 2006, the father was investigated for molesting a child. During that investigation, authorities learned the boys were disciplined with a cattle prod.

"Again, CPS, including defendant Lovelace, denied that the children were being abused or neglected and completely failed to 'investigate, collect evidence, or reach a disposition on the allegation that Mr. Braman used a cattle prod on his children,' according (to) the Office of the Children's Ombudsman," Wix wrote in the lawsuit.

The three boys were living with their father on Aug. 1, 2007, when the older boys called their mother and said they were running away because of abuse. The mother called CPS workers in Saginaw, but was threatened with arrest for kidnapping if she picked them up, she said.
She picked up her two older sons and brought them to Saginaw.

The next day, the boys told CPS workers about the use of a cattle prod. Braman did not deny the abuse, and was arrested by Montcalm County sheriff's deputies.

Sheri Tyler, a CPS worker in Montcalm, confirmed in an e-mail that there was no investigation, which was proper because Saginaw authorities "'did not seek removal,'" the lawsuit said.

The Office of Children's Ombudsman said that regardless of any action by Saginaw authorities, Montcalm CPS should have acted "at the earliest point it became aware of Mr. Braman's egregious acts of abuse ... ," the lawsuit said. 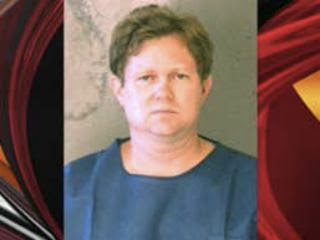 5-Year Old May Have Been Smothered By His Father

DECATUR, Ga. -- A Decatur man is accused of doing the unthinkable. He's charged with murdering his own child, a 5-year old boy.

Police have issued a warrant for Gary DeToma Sr., who was taken into custody at the Eastlake Drive apartment where his son was found dead Monday afternoon.

Police were . . . called by an attorney who represents DeToma's wife, because the children were not returned to her after spending a weekend visitation with their father.

According to DeKalb County court records, DeToma and his wife, Melanie, were in a heated divorce and custody battle.