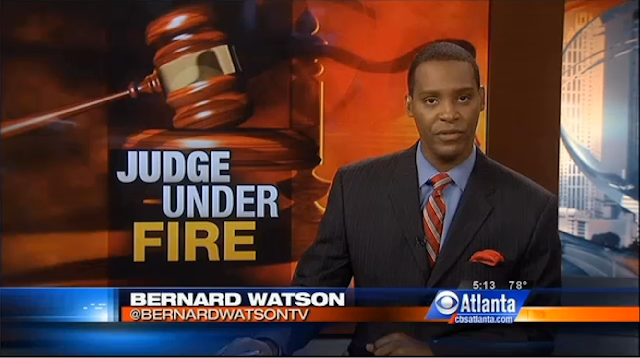 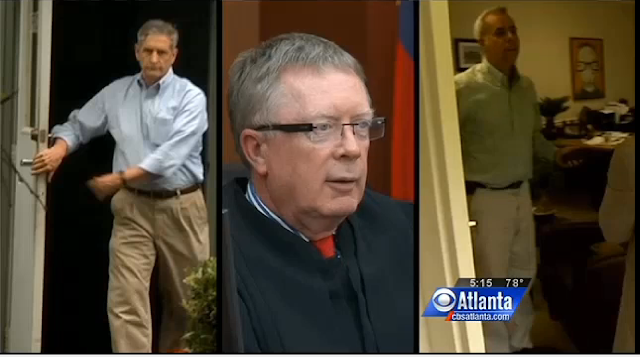 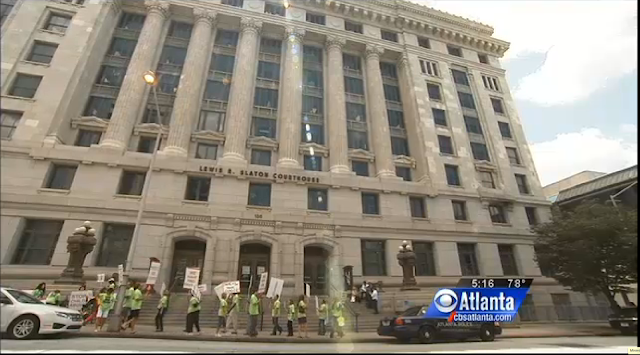 Jeff Chirico at CBS Atlanta makes the connection between money paid to court officials and the state's legal abuse of children. 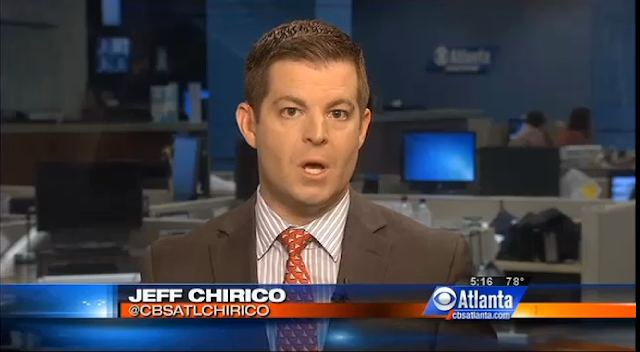 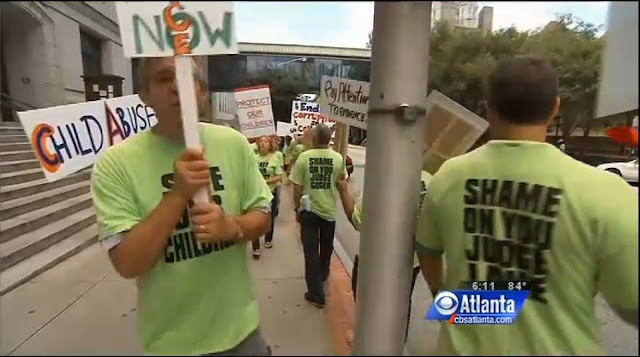 About two dozen protestors held signs and wore neon green shirts that read "Shame on you, Judge Goger" and "Shame on you, Judge Lane" as they marched outside the Fulton County Courthouse Monday.
Fulton County Superior Court Judge John Goger came under fire because of a recent order requiring a 10-year-old girl to live with her father, who was twice arrested for abusing her in a recent custody hearing.
CBS Atlanta News is not using the names of the parties to protect the child.
The mother of the girl told CBS Atlanta News reporter Jeff Chirico that she believes the judge did not consider the evidence and was influenced by her ex-husband's attorney.
Criminal charges against the girl's father were dropped for lack of evidence, but according to court records and the mother, five independent assessments supported the girl's story of repeated abuse.
Despite the allegations, the custody evaluator and court-appointed guardian ad litem, recommended the child be placed in the father's home because the mother was subconsciously "re victimizing" the child.
Deb Beacham, executive director of My Advocate Center, a resource group on child custody issues, said this isn't the only case in which a judge has placed a child back with his or her alleged abuser.
She said she believes judges sometimes consider their relationships with attorneys rather than what is in the best interest of the child.
"The judges are loyal to the relationships they have with attorneys and custody experts rather than heeding the evidence of the case and the needs of the children," said Beacham.
According to Beacham, the guardian ad litem in the case of the 10-year-old girl has charged the family $150,000 for his services.
"Why would a guardian ad litem make $150,000 suppressing evidence? Why would a custody evaluator make $65,000 on a case where the evidence is overwhelming?" asked Beacham.
"They don't need to make that kind of money, when they're preventing a child from being protected."
Goger's judicial assistant told CBS Atlanta News that he has no comment.
Protestors also railed Goger's fellow family court judge, Bensonetta Lane, for recent rulings that they said put children in danger and hurt relationships between children and a parent.
One father, who wanted to remain anonymous, said Lane drastically slashed his custodial time given by a judge in another state "to zero. For no reason. I didn't see my children for a whole month."
"It is strictly politics, hidden influence, backroom dealings," said Beacham.
She said she is asking Goger to sit down with the evidence and the experts that did the forensic evaluations.
"We can't hide evidence. We can't hide damage to children," said Beacham.
Copyright 2013 WGCL-TV (Meredith Corporation). All rights reserved.
by Taboola 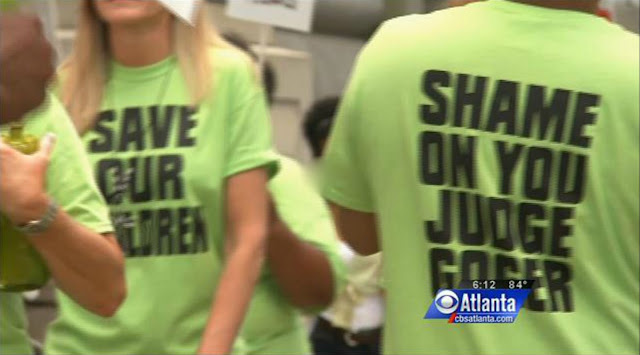 When will the American public take seriously the abuses going on in our family courts?