Porter said that if those changes had been in place five years ago, authorities may have moved more quickly on the disappearance of her children.

“We have a very short window of finding (missing children) and finding them alive,” Porter said.

In June 2004, Porter’s husband, Dan Porter, picked up her children — Sam and Lindsey, ages 7 and 8 — for a weekend visit. He soon killed them, but for more than three years refused to tell authorities what happened to them.

Dan Porter confessed in 2007 and is now serving a life sentence.

Legislation to make the proposed changes is being drafted.

Rep. Jason Kander, a Kansas City Democrat, said the changes would establish an appeals procedure for parents whose request for an Amber Alert has been denied by a local authority.

Currently, if a local law enforcement agency, such as a police department, denies an Amber Alert, the parent has no procedure for asking other agencies, such as a sheriff’s department or the Missouri Highway Patrol, to reconsider.

“This puts into place an appeals procedure so more people get their eyes on it,” said Jackson County Prosecutor Jim Kanatzar.

Another change would require the courts to enter details of temporary and full orders of protection into state law enforcement databases so police can ask about the welfare of children when they encounter a parent.

Jackson County Sheriff Mike Sharp said that when officers now call up a name from the databases, they learn only that an order of protection has been entered. Under the proposed changes, the officer would have details about the children and custodial and visitation arrangements.

If a parent cannot account for a child during the interview, and if the officer has reason to believe a child is in danger, authorities could hold the parent for up to 20 hours until the child is found.

Sharp acknowledged that the procedure could be time-consuming for officers.

“But when it comes to the welfare of the child, we have all day,” Sharp said.

City official kills wife and daughters, but not son 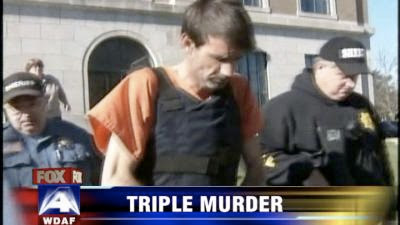 Ex-Mo. City Official Charged With Murder In Death of Wife, Teenage Daughters
COLUMBIA, Mo. - A former Columbia, Missouri city official has been charged with capital murder in the shootings of his wife and two teenage daughters in eastern Kansas. The divorce attorney for 46-year-old James Kraig Kahler's wife said the man had serious problems with women, going so far as to call him misogynistic.

While attorney Dan Pingelton admits Kahler has never been psychologically evaluated, he says all the signs were there.

"My first thoughts were, 'I hope that's not Karen and her children,'" Pingelton said. "Based on the case my second thought, because I heard there had been one survivor, I said, 'That survivor is going to be Sean.'"

Pingelton was representing Karen Kahler in her divorce when he learned of Saturday's shootings in Burlingame, Kansas. Police said Kahler shot and killed Karen and their two teenage girls, Emily and Lauren. Karen's grandmother was critically injured in the attack. The sole survivor was the couple's 10-year-old son, Sean, who was there but wasn't hurt.

"Ambushing your entire family, killing the three women and trying to kill the fourth woman and your son lives...he's a monster, an absolute monster," Pingelton said.

Pingelton said Kahler was a rigid and controlling individual, who emotionally abused the girls.

"We had a schedule set up for him to see the children, he declined to see his daughters," Pingelton said. "These were wonderful girls. I mean, wonderful people. And they did not take sides in this divorce."

Kahler was expected in court on Wednesday on a domestic assault charge stemming from an incident with his wife in March.

That case, along with the divorce, were warning signs to the Columbia city manager, who said he asked Kahler to resign from his position in September as director of Columbia's Water & Light Department because of his difficult family issues.

Still, Pingelton said Kahler knew it wasn't the end of the road and neither the assault charges nor the divorce needed to get ugly.

"He could have been an involved parent and moved on with his life," Pingelton said. "So, when you say, was the timing of it precipitous, no, it wasn't. He had been well counseled that this thing was going to work out all right."

Pingelton said the 10-year-old is staying with family in Kansas. In the meantime, Kahler is scheduled to be in court December 10 and bail has been set at $10 million.
Posted by Anne Grant at Wednesday, December 02, 2009