Gift of the Mommies, A True Story 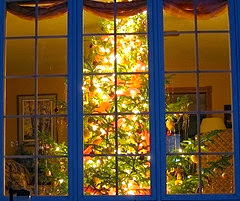 A military mom discovers her 2-year-old son has been sexually abused while she was gone.


The Gift of the Mommies
by Anne Grant
Christmas always makes it worse. Pictures of Mary embracing her baby Jesus remind mothers like “Grace” in Rhode Island and “Claire” in Massachusetts of the children they lost to abusers in America’s failed family courts. Their sons were nine in 2009, when they met in a support group I ran. Claire noticed Grace sitting silently across the room in rumpled blue scrubs with dark circles under her eyes.
That December, for the first time in five years, a judge let Grace keep her son, “Benjamin,” overnight on Christmas Eve. The boy wanted to spend Christmas day with her, too, but the judge said he must return to his father, a troubled man with influential connections who often left the boy home alone.
Grace blew kisses and waved goodbye, then went home in tears to spend Christmas in bed with full-blown symptoms of post-traumatic stress disorder. Her phone rang. It was Claire inviting her to Massachusetts. If they could not be with their sons that day, at least they could be together.
Grace climbed out of bed with a bold idea. She looked through Benjamin’s toys and found a brand new one for Claire’s son. What 9-year-old would not adore an archeologist’s tool kit for digging up dinosaurs?
Claire, a veteran of three wars since 1990, flew in Panama, the Persian Gulf, and Iraq. Though she holds a medal for meritorious service, she could not protect her two-year-old son, “Connor,” from the sexual abuse he described in agitated baby talk when she got home from Iraq. Family court resists mothers who introduce evidence of child sex abuse. Claire’s husband and his sister won custody of Connor. Claire had not seen the boy for three years.
It took Grace ninety minutes to drive to Claire’s home and another half hour to convince her it was time to see her son. Claire knew Connor would love the archaeologist tools. She wrapped the present carefully, adding Connor’s favorite stickers and a Christmas card. She included the birthday card she had not been allowed to give him. She put on her prettiest mommy clothes--a red and black fleece jacket, warm pants, and snow boots.
Bundled into Grace’s car, Claire asked quietly: "How are we going to do this?” Grace wasn't sure. Claire had no restraining order against her, just years of legal abuse and abiding fear that if she got close to her son’s father and aunt, she would kill them for what they were doing to her son.
The father’s house was dark when they got there. Grace drove around it and saw no sign that a child lived inside. They discovered the father’s car parked at his sister’s home. Grace knew they needed a police officer, or they would get blamed for something they did not do.
The mommies searched for a squad car. Grace pulled out her business card and told the officer she was a psychologist. She had tried to contact the father, but he was not home. She wanted the boy to see his mother on Christmas. Shouldn’t every child have that right?
The officer quizzed them and finally agreed to go along. Grace asked him not to stand nearby for fear of alarming the child. He watched from just beyond the next house. By then streetlights were coming on.
Instead of going to the door, Claire stood by Grace’s car under the streetlight looking radiantly beautiful in her mommy clothes. Her prematurely white hair flared out like luminescent angel wings.
Grace took Claire’s present to the back door. She rang the bell and held her breath. A scurry of young feet sounded inside. The door opened, and Connor stood before her.
Grace smiled and handed him the present: "Connor, this is from your mommy. If you look over my shoulder, she is standing there under the light." He leaned forward, his eyes searching.
"That’s my mommy!" Connor exclaimed, and Grace replied: "Yes, that’s your mommy." He waved frantically, and Claire waved back laughing and weeping. No matter what scary things they had told him about her, he was not afraid. Grace felt the enormity of their love and thought of her own son.
"Nooooo!" A screech erupted as the boy’s aunt barreled toward the door. She snatched the box from his hands.
Grace spoke firmly to the woman: "Look over my right shoulder. A police officer is there for us, and I will call him if I need to.”
Pulling the boy away, the aunt retreated into the house.
Grace reached her car and turned to see an unnerving sight. Connor had squeezed behind the Christmas tree by the big window in the living room and pressed his fingers to the glass as if drowning in a submerged car against an unyielding weight of water. He pressed so hard she could see the whites of his hands. He leaned in, pushing his face and his entire body against the window for one last look.
Claire stood under the streetlight waving and weeping. Suddenly the house went dark; the boy disappeared. Claire got into Grace’s car and they pulled away.
The mommies had delivered their gift.