and I could not be happier.

In 2010 I testified against her becoming Chief Judge of Family Court. I feared that she was entrenched in a court culture that seems not to care about low-income litigants, that is especially catastrophic to battered mothers and traumatized children.

Frankly, I could not support any of the candidates for Chief, because the cases I had researched and watched unfold in their courtrooms suggested that none of them would confront the culture of cronyism and cabals that plagued the Family Court under Chief Judge Jeremiah S. Jeremiah, Jr.

I will write more about those concerns later at the Trophy Child blog, but now I want to focus on the important departure Chief Bedrosian undertook this week with her statewide training that participants praised as transformative to their understanding of traumatized children and likely to change the way they work.

The Chief Judge, who was a teacher before she became a lawyer and judge, intends to have more trainings. Over five hundred professionals, including Family Court judges, lawyers, staff from DCYF, the Department of Education, Juvenile Corrections, the Offices of Child Advocate and Attorney General, and many others stayed from start to finish through two days packed with substantive information.

The open way she structured this conference may finally dismantle the silos that have kept Rhode Island's agencies and decision-makers closed off from each other far too long.

The keynote presentations by James E. Greer, MD, and Robert B. Hagberg, LICSW from The Mind + Body Project
Posted by Anne Grant at Saturday, January 28, 2012 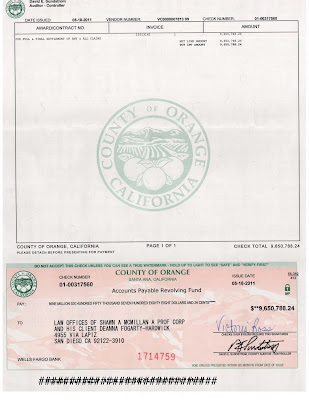 The total cost to Orange County of a case in which a jury found that two social workers lied to take away a woman’s daughters is $10.6 million, according to a new audit.

The U.S. Supreme Court last year declined to hear the county’s challenge to a 2007 jury award of $4.9 million to the Seal Beach woman, Deanna Fogarty-Hardwick. With interest on that amount plus her attorney fees, the total payout by the county was $9.6 million. In addition, the county incurred another $1 million of its own legal costs in the case. Praising the Architects of Change 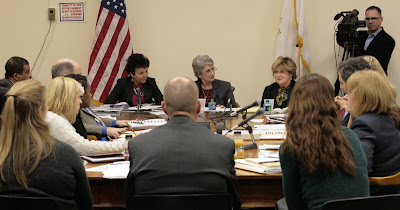 This week brought evidence that much-needed changes are coming to Rhode Island's system of child-protection. At the head of the table at yesterday's meeting of the General Assembly's Joint Task Force on the Education of Children and Youth in the Care of the Department of Children, Youth, and Families, DCYF Director Janice DeFrances, left, and Family Court Chief Judge Haiganush Bedrosian, center, sat with Representative Eileen Naughton, who co-chairs the Task Force with Senator Rhoda Perry. Task Force members heard responses to their draft report and recommendations to better serve the educational needs of children in state care.

The Draft Report is available online at www.rilin.state.ri.us/educationdcyf
Comments should be sent as soon as possible to Peter Asen, Senior Policy Analyst, pasen(at)rilin.state.ri.us

On Tuesday, January 10th, DCYF Director DeFrances met with Richard Klarberg, President and CEO of the Council on Accreditation (COA), to prepare for an internal assessment of DCYF in preparation for undertaking COA's process of establishing professional standards of accreditation, as the General Assembly mandated in 2010. 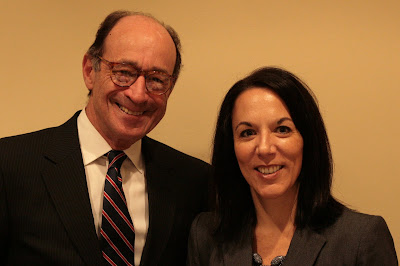 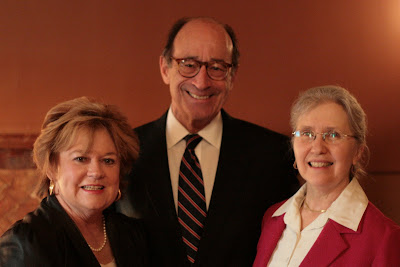 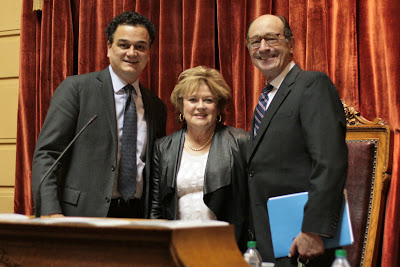 In the hallway, Mr. Klarberg met Governor Lincoln Chafee and congratulated him on his appointment of Dr. DeFrances and her commitment to improve the state's protection of vulnerable children.

While praising these leaders for their commitment to improving the state's protection of children, we want to acknowledge the hard work of our volunteer lobbyist, Phil West, (foreground, below), who has devoted himself to government reform in Rhode Island since 1988. We are grateful that after his retirement from Common Cause Rhode Island, he has helped us win this important legislation for children and for parents who are trying to protect them. 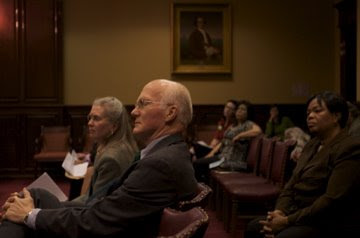 In 2006, angry neighbors invited us to their community meeting after the state's removal of "Molly" and "Sara" from their mother and lifelong home. We began investigating the case to learn what had happened and then searched for ways to bring urgently needed reforms to DCYF. We are grateful for the state leadership that is working for those changes. For the story of "Molly" and "Sara," paste this link in your browser:
http://littlehostages.blogspot.com
Posted by Anne Grant at Thursday, January 12, 2012