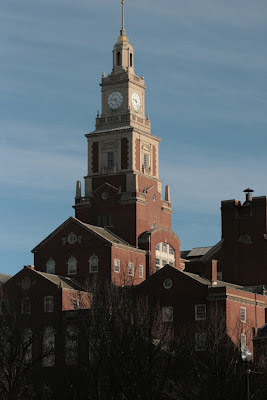 Mr. Karns’s representatives had barely rung that doorbell twice. There was no contract, no litigation. He apparently admits he violated Rule 7.3 of the Rules of Professional Conduct that prohibits lawyers from soliciting prospective clients.

His offense seems minor compared to years of Family Court litigation full of blatant violations that have removed parental rights with no due process, no notice, no hearing, no evidence, no cross examination—all done in the usual way, ex parte, through so-called “emergency” orders when no emergencies existed, sometimes with DCYF involvement and behind closed doors.

Mr. Karns’s offense does not compare to the lifelong damage done to traumatized children by lawyers in cases I have written about at http://LittleHostages.blogspot.com, http://TrophyChild.blogspot.com, and http://CustodyScam.blogspot.com

Based on those cases, I had long ago concluded that the Supreme Court’s Disciplinary Counsel and Rhode Island’s Rules of Professional Conduct have less bite than a hen’s teeth.

I plan to attend Mr. Karns’s hearing at the Office of the Disciplinary Counsel, 24 Weybosset Street, 2nd floor, Providence, on Monday, May 21st at 3 pm to gain some understanding of what needs to be done to end the wholesale violations going on in Family Court and in DCYF.

Meanwhile, I will look again at the record of the current “Trophy Child” case, http://TrophyChild.blogspot.com, where three attorneys, Cynthia Gifford, Cherrie Perkins, and Kerry Rafanelli, allegedly violated Rule 8.4 of the Rules of Professional Conduct http://www.law.cornell.edu/ethics/ri/code/RI_CODE.HTM

Finally, we need heroes, not hen’s teeth. So it is good to know that the Bar in Texas (where the election of judges still inclines the scales of justice toward campaign contributors) that Talmage Boston has produced a book of positive role models “reestablishing the legal profession’s once hallowed reputation”--Raising the Bar: The Crucial Role of the Lawyer in Society http://texasbarbooks.net/books/raising-the-bar/. 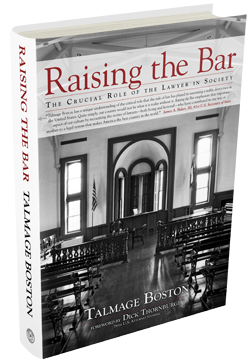