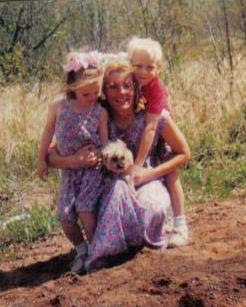 A few months after Holly Collins turned 22 years old she opened the front door of her family home in St Louis Park, Minnesota to Hennepin County Child Protection investigators. They made it known that they were aware of her husband’s abuse to her and her children, specifically citing a recent fracture to her little boy’s skull. This young mother was warned that if she didn’t flee immediately with her children and file for an Order For Protection her children would be removed from her care as well and there would be a procedure of Failure To Protect charges filed against her. This is one way to force a battered woman to leave her abuser and protect her children. One may think it is a bit harsh to threaten an abuse victim with criminal charges but perhaps necessary to protect her and her children.

It is incomprehensible that as a result of the Order For Protection, which was granted and forbade Mark Collins from abusing his wife and children, the father was simultaneously granted unsupervised visitation with the very children he abused. This girl, barely a woman couldn’t understand the ramifications of the family court system. Holly Collins sought out the Child Protection Investigators who forced her to take her children away from their abusive father and went directly to the Child Protection office in a panic begging them to protect her children. “This is why I stayed” She wept “At least I could protect the children MOST of the time. Now my children have to go alone with him and there is no one there to protect them.” The child protection desk agent was sympathetic but explained that once this battered woman took actions to protect her children and left her abuser the case was then transferred from Juvenile Court to Family Court and it was her duty as a mother to get the family court judge to protect her children.

In the meantime Holly’s young children would return from court ordered visitations battered and bruised. Holly’s little boy was treated by their pediatrician for injuries sustained from his father‘s abuse. The doctor’s report documents the bruises to the young lad and clearly states “Mother will be alert for abuse potential situation.” For 5 more years Holly Collins was alert and vigilant to protect her children but time after time and one court hearing after another Mark Collins somehow managed to convince the judge that Holly was trying to “Alienate” him from his children’s lives. Eventually a family court judge instructed Holly to take the children to the Boston Children’s Hospital to be evaluated by the Child Abuse Trauma Team and he simultaneously ordered a custody evaluation. Both Dr. Eli Newberger and the entire investigative team at the Boston Children’s Hospital found that the children and their mother were severely abused by the father. Back in Hennepin County the Family Court Investigator also confirmed domestic violence but conceded that Holly’s fear of her husband was (although unwittingly) indeed interfering in the children’s relationship with their father. And just like that custody was reversed to the very man who terrorized, beat and battered this woman and her children.

Holly eventually fled the country with her children and was the first American citizen granted asylum in the Netherlands. After 14 years in hiding she was found by the FBI. After a lengthy investigation ALL international and domestic kidnapping charges were dismissed. When questioned by reporters in the lobby of the Minneapolis Court House Holly Collins responded that the biggest mistake she ever made was leaving her abuser.

Is this really the message we want to send to abuse victims?

The true story of Holly Collins is being made into a Garland Waller film, No Way Out But One.
http://nowayoutbutone.com
Posted by Anne Grant at Saturday, April 16, 2011